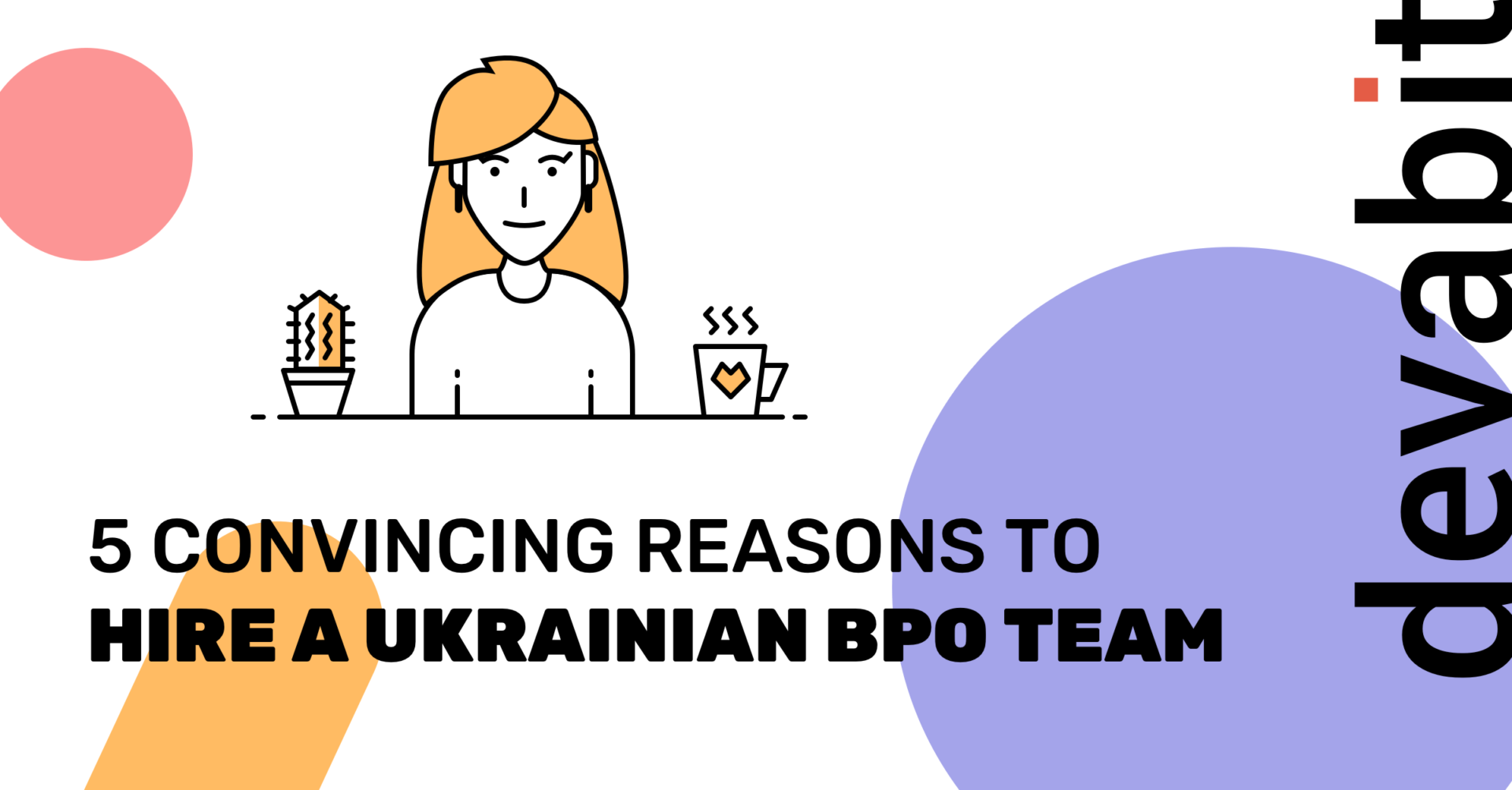 Tough market competition around most industries makes more and more companies look for effective growth triggers. Cost-cutting strategy has proven its performance over the years. There are many techniques for lowering costs, but the quality is rarely a thing to be cut. One well-working compromise that balances the urge to limit costs and keep the quality is business process outsourcing (BPO).

It usually brings no harm to a company to outsource some back-office functions such as desktop publishing, product information management, or data mining. While in-house specialists perform core business activities, a BPO company provides the rest of the services at a lower cost with the same or better quality level. For example, devabit experts managed to raise operational efficiency of the US fintech company by 35% by taking full ownership of its data management.

However, settling down with the right BPO partner may become another challenge on the way. Usually, companies are chasing less expensive human resources, but the main matter is the availability of young well-educated employees along with some other factors. This makes a destination of a BPO company one of the major concerns. In this article we are going to surprise you with 5 reasons to hire a Ukrainian BPO team and reveal a secret of the best city choice.

1.Ukraine spends on education more than some of the most developed countries around the world.

2.Employment costs in Ukraine are the lowest in Europe.

3.Working style and cultural proximity to the West.

4.80% have an intermediate or higher proficiency level.

5.Lviv (Ukraine) was featured by KPMG and Financial Times as a top cost-effective BPO destination.

1. Ukraine spends on education more than some of the most developed countries around the world.

Ukraine is a country with a traditionally high level of education and holds the 4th place in Europe by the number of post-secondary graduates. The government spends as much as 6.7% of GDP on education which is higher than the Organisation for Economic Co-operation and Development (OECD) average of 4.8%.

This puts the literacy rate in Ukraine as high as 99.8%. Meanwhile, higher education enrollment rate in Ukraine reached 82% in 2015, which is better than in Estonia, Poland, and Romania. With approximately 400 thousand graduates annually, Ukraine presents a vast pool of well-qualified young professionals seeking job opportunities.

2. Employment costs in Ukraine are the lowest in Europe.

Average salary rate in Ukraine has decreased by 33% since 2012, resulting from a significant national currency depreciation caused by political and economic turmoil. This transformed Ukraine into one of the most competitive low-cost production platforms globally.

Average monthly gross salary in 2017 was reported to be around USD 285, with the official minimum of USD 135. Social security payments amount to only 22% and are to paid by employers. However, wages are to be doubled in IT and finance industries, especially for positions in the capital, Kyiv.

3. Working style and cultural proximity to the West.

Ukrainian work ethic is similar to Western Europe and to the USA. This is why many western companies hire Ukrainians. Ukrainian workers are very responsible when it comes to their work. They tend to rely on detailed planning and clear requirements, which is why it is important to share as much background information with them as you can.

When interacting with strangers, Ukrainians appear very formal and distant. However, this formality in communication, which might seem strange to US employers, is really just a sign of respect.

4. 80% have an intermediate or higher proficiency level.

Ukrainian students are profoundly bilingual (Ukrainian/Russian). Besides, over a half of them speak English (mandatory in schools), German, French, and Polish. As a result, it is easy to hire polyglot employees who can fluently operate in many languages.

5. Lviv (Ukraine) was featured by KPMG and Financial Times as a top cost-effective BPO destination.

Lviv is the largest city in western Ukraine and the seventh-largest city in the country overall. The city positions itself as a business center between Warsaw (Polish capital) and Kyiv (Ukrainian capital) leveraging on its geographical location. Financial Times named Lviv one of the top European cities in terms of cost-effectiveness. According to KPMG, Lviv is one of the top IT & BPO outsourcing destinations in Europe, the Middle East & Africa.

We urge any company interested in setting up BPO operations in Lviv, Ukraine to contact us directly for any additional information. We provide excellent business process outsourcing partnerships proved over the years by many industry leaders and challengers.

If you are eager to learn more about Lviv, Ukraine as one of the most attractive BPO destinations, follow the link below and download our exclusive whitepaper.

We've Analyzed 27 DTP Vacancies, And Here Is What We've Learned

5 Uses of Desktop Publishing: Industries Where It Is Absolutely Essential

What Is Business Processing Outsourcing (BPO) for Online Retailers in 2022?

The Most Popular BPO Destinations

Effect of BPO in Finance industry

Automation as the Second Name of BPO