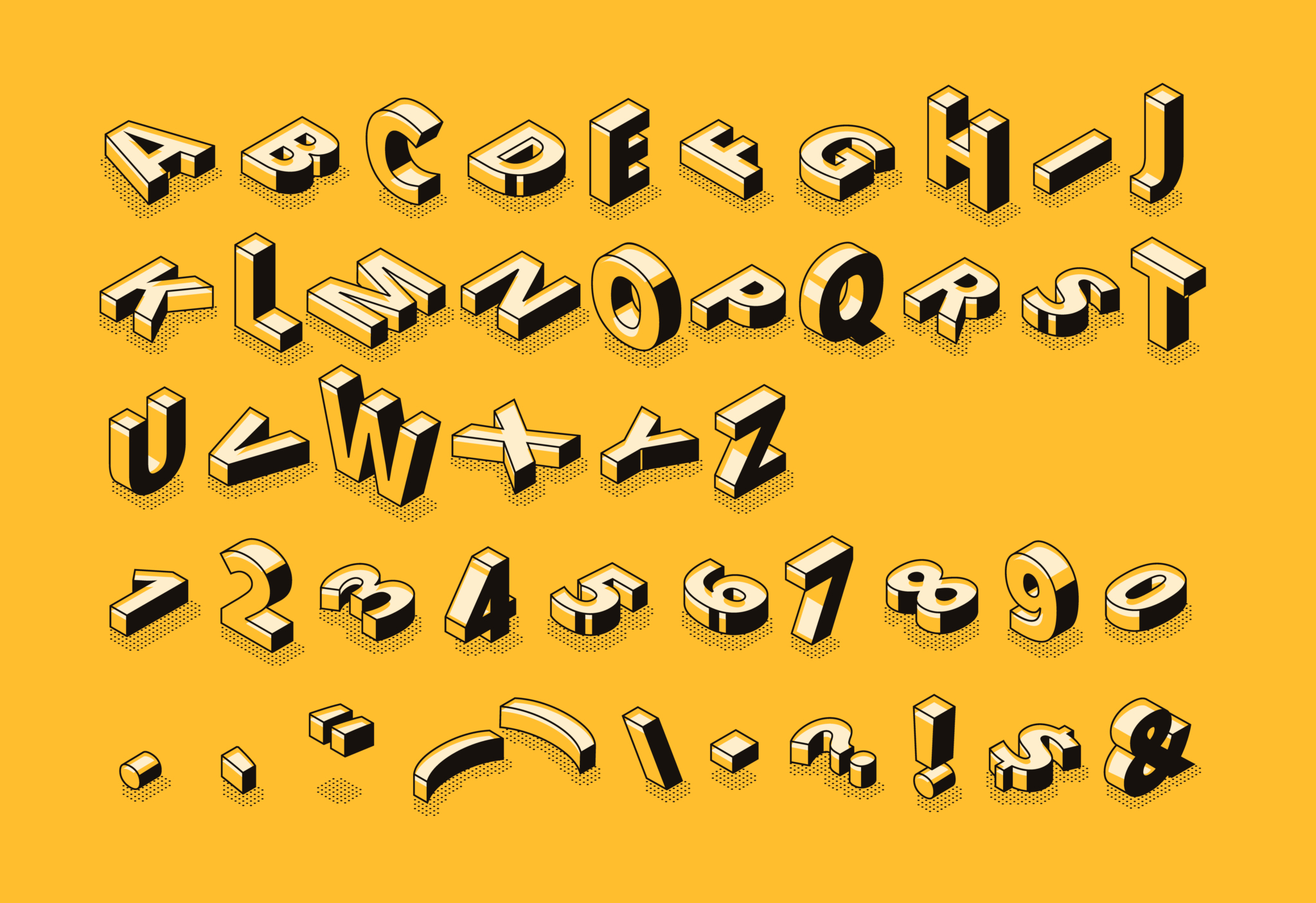 Outsourcing becomes the new normal, and it reshapes the whole global industry. As the IT organizations turn into more strategic and influential institutions, so do their needs for partnerships with outsourcing providers. Digital and data revolution, automation and personalization along with many other worldwide transformations are shaking the way IT business operates: both the kinds of services and the quality. Therefore, we have collected the hottest future trends of outsourcing which you definitely should take into account to rock in 2022.

1. Shortage and urge for bleeding-edge IT skills as one of the main future trends of outsourcing.

With the extensive raise in technologies, IT companies get pressure to remain competitive. From cybersecurity and AI to blockchain and cryptocurrencies, the insurgency of new technologies is overwhelming. Thus, companies are seeking cutting-edge skill sets to outsource effectively.

The report by Gartner reveals that IT spending is expected to climb to $3.8 trillion in 2019, a 3.2 percent increase from the projected spending in 2018. The lack of in-house engineering talent will become one of the core reasons to outsource. One survey illustrates that over 70% of technology employers in the UK expect to face a talent shortage over the next 12 months.

2. The hype around the alternative outsourcing destinations.

In the upcoming years, countries of Eastern Europe will stand up strong competition for India and China. So far, the largest share of global outsourcing revenue was generated in the EMEA (Europe, Middle East, and Africa) region, with India and China taking leading positions. This is soon to be changed as Poland, Ukraine, Romania, and Belarus will become the hottest future trends of outsourcing.

The dynamics of the IT industry in Ukraine is constantly growing. It has already set a fertile soil for setting up an offshore development team. There are over 166 000 IT specialists in the country already with the future upward trend. According to the PwC analysis, the market increased by 150% in the period from 2011 to 2015. By 2020 it reached $5.7 billion.

3. Future trends of outsourcing reveal the ever-increasing focus on cybersecurity and compliance.

If there is one of the future trends of outsourcing the forecasters agree on, here it is. Public awareness has been much magnified to the issues of data security during the last few years. The demand is to have all data sets fully encrypted.

Cybercriminals are taking sensitive data to the new risk levels, much higher than ever before. They have shifted attention to ransomware which threatens to publish victim’s data or block access unless a ransom is paid. One of the most disturbing tendencies is national-level cyber attacks with political motives. This motivates governments to control internet connection access. Thus, the General Data Protection Regulation (GDPR) implemented in 2018, obliges all companies regardless of their location to protect the gained data.

Demonstrative of this catastrophic change in viewpoint are recent findings from Spiceworks’ survey of 700 business technology buyers. The study reveals that today, businesses consider employee security awareness training as the most effective solution for preventing cybersecurity incidents, followed by breach detection systems. The report also forecasts an uptick in IT spending for 2019 due to heightened security concerns and business plans to adopt end-user security awareness education.

Therefore, innovative IT companies are implementing a multi-level security approach with help of outsourced cybersecurity services to eliminate risks and guard business data, meet compliance standards and scale operations. According to the research conducted in by Computer Economics, during last year the amount of security work outsourced increased.

4. The rise of Virtual/Augmented Reality projects.

The global augmented reality market was valued at around$3.33 billion in 2015. It reached approximately $133.78 billion in 2021, growing at a CAGR of slightly above 85.2% between 2016 and 2021. Now take VR. According to a report by Greenlight Insights, which is also predicting that global VR revenues will total close to $75 billion by 2021.

Lately, VR/AR technologies have been one of the most popular future trends of outsourcing, especially for the mobile market. With the boom of PokemonGo, Apple’s ARKit, mobile AR has been placed in the same category as headset-based AR devices such as Google Glasses.

Right now the market is full of uncertainty. However, the growth of AR/VR technologies over the years is fantastic. Predictable tracking, measuring and rendering upgrades, 3D object detection, improved gesture recognition, and more natural controls are the requirements companies will be looking to outsource in order to make the product more convenient for its end user.

Besides, AR/VR technologies are transforming the shopping experience. Most leading retailers around the world, especially in the US, have already started implementing interactive elements into their online stores in order to follow future trends in outsourcing and make purchase experience more advanced. This is applicable to many industries: from clothing and jewelry accessories to toys and furniture.

Also, AR/VR technologies can boost the sales effects of your product by making it more tangible and realistic. For example, lately, we have developed a VR escape room set for the promotion of the Mr. Mercedes TV series. Filmed after S. King’s famous novel, the game should have put a user into a special, intense atmosphere. Later on, at the San Diego Comic Con 2018, AT&T presented this game to the publicity.

As the data from the GSA report reveals, 83% of respondents believe RPA will be of greater significance over the next decade. And 80% think the same of AI. Therefore, we will face a growing demand for professional data scientists, big data analysts, and AI experts.

The use of virtual agents and bots streamlining routine tasks will be powering all industries. 2022 will also be the year when AI assistants will be developed to be powerful tools beyond smart speakers.

6. Changing the nature of future trends of outsourcing partnerships.

Back in 2016 Deloitte submitted 72% of respondents from the business sector to already outsource IT functions and over the quarter planning to increase the use. Notably, 70% of surveyed companies are going to outsource more in the upcoming years. And 35% of them plan to do so significantly. In this regard, 84% of service providers expect the outsourcing industry to grow and 37% believe it will do so remarkably.

However, future trends of outsourcing have got many strongly negative associations. Most of the companies are not willing to publicly reveal they do outsource their operations. However, in the upcoming years, it will become the only way for further growth of business with no other channel giving the same economic efficiency. Thus, IT outsourcing providers will go out of the shadow and become strategic partners with strong trustable relationships.

The outsourcing industry will become more collaborative and yet competitive. In particular, clients will look for IT outsourcing vendors who provide customer-centricity and are progressing with new technologies. Not only will the companies be willing to cut costs, but to get a people and value-driven partner. As the GSA report states, software development providers will be contracted as service integrators sharing risk and responsibility.

Obviously, this promises significant growth prospects both for vendors and clients. Yet, it also brings much business complexity. In the future, big companies will partner with multiple narrowly specialized vendors. As the ISG data shows, in 2008, 42% of the Forbes G2000 largest global businesses outsourced IT to single companies. Today, this figure has declined to just 15%. 34% of companies rate themselves as above average for maintaining multi-vendor environments.

If you are considering implementing some of the future trends of outsourcing into your company and would like to meet a well-experienced team from Ukraine, feel welcome to contact us. We have deep expertise both in small and large-scale projects in the web and mobile development, UI/UX, 3D, and BPO.